Abraham Lincoln defined democracy as: Government of the people, by the people, for the people. Amongst other definitions, this seems to be, by far, the most popular. But with the realities we face today, I’m forced to believe that the people-centric proposition of democracy is illusory at best. Would I be willing to expand on this? Yes, I would, but not today.

Moving on, in Nigeria, we see democracy to be a blessing to the state, well if you’ve lived through the military era, you’d probably feel same way. The feeling that comes with having the opportunity to express yourself freely, participating in activities of the states are some of the genuine reason we are enamored with democracy. So, we tend to guard that feeling of freedom with all that we have.

But here is where we begin to get it wrong, because no matter how well thought out a process is, regulations are needed to limit its abuse.

The just concluded Nigerian elections furnishes us with more reasons why regulations are needed to instill order, to strengthen the process and get the best out of the system.

For a nation like Nigeria to reach the height we all want it to, there’s a lot that needs changing, we are currently ranking high on all negative indices of human existence and if drastic steps are not taken to set us on the path of redemption, we might as well be requesting loans from Zimbabwe in the nearest future. Did I hear you say God forbid? All the more reason, we need to get our acts together and soon.

One of the areas that needs looking at is the minimum educational requirement for the office of the Presidency, which presently is a WAEC certificate. So, by extension, a secondary school graduate can lead this country, he just has to wait till he’s 50, making no attempt to improve himself educationally, then hes qualified to run for President. And I ask, at that level, how much does an individual know about the Economy, International Relations, National Security and all other governmental duties on the exclusive list? This is the 21st century; we are in the knowledge based age, without at least a university degree you shouldn’t be talking about running for the local government chairmanship in your locality let alone the presidency of a country.

Just because we want to carry as much people as we can along, we lower our standards, so low to accommodate unqualified, incapable people in positions of power, and at the end of the day, the state takes a severe hit, and this inadvertently affects the life of the entire citizenry. Now, that’s abuse.

I hear you say something about having more qualified personnel around whod help you out. Well, that isnt the worst idea as far as this discussion is concerned, but lets look at things this way; If you’re without basic knowledge of the intricate workings of the system, how do you direct people on what to do? When your employees are more advanced than you are, and they know this, they run circles around you, you cant inspire them to be at their best.

Before we get ahead of ourselves here lets agree that everything begins with you having the ability to assemble a formidable team, and to be able to pull this off, you need to know exactly what you are looking for, if you fail at this, you consequently fail at everything else. And again, its absolutely normal for the human nature to demand that you shop for people who are at pretty much same level as you or even lower, so you don’t feel insecure. This now becomes similar to the case of just how useless a toy is in the hands of a kid who has no clue on how to use it.

Let’s move on to the voters. Franchise is a very expensive commodity; not everyone should afford it. The affordability of a commodity is directly proportional to its value and its propensity to abuse.

There were reasons why women were denied the opportunity to vote, why people of a particular color are not allowed to vote, and till today only adults and citizens of a particular state are afforded suffrage, why were all these regulations put in place? It’s to curb abuse of any sort. You want people with a particular level of understanding of the system make decisions on leaders that would lead them, people who understand the ideals upon which the nation is built on.

But, today, in Nigeria, we afford everyone the opportunity to vote, even illiterates who can’t provide concrete reasons for voting in a candidate other than, the others are also voting that person, they are popular or someone else has done the thinking on their behalf and have told them who to vote. That’s not what we need today, we need people who think for themselves, people with an above average understanding of what it means to serve and lead. People who know what to demand of their leaders.

The era of politicians bragging about the support they can garner from the uninformed and the unintelligent should be on its way out, it’s almost looking like a deliberate attempt to keep them that way in order to exploit them for political benefits, and tis must stop, if you want franchise, get yourself educated, if you want support from your clan, do all you can, in your power to provide them a certifiable education at least. Let’s see, if that doesn’t inadvertently raise our literacy level. Im looking forward to that time when youre denied the opportunity to vote because you are without a university degree, is that harsh? Ok, I suggest a National Diploma Certificate as minimum requirement.

To the final point, we have over 90 political parties in Nigeria, I don’t know what their ideologies are, what sets each one apart from the rest. Parties are just set up for the sake of it and because there are no strong regulations in place, anybody can wake up one morning and decide; he wants to own a party, he becomes the chairman, spokesperson and also run for office on the same platform. That’s abuse of the privilege our understanding of democracy has afforded us and its making the whole system a joke.

What’s very more annoying is that INEC has allowed for pretty much everyone the opportunity to run for President, why else would you see 73 different individuals under different parties running for the Presidency? just take a look at the length of the ballot paper, how long it took for the compiling and announcement of election results. Things would continue to be out of their control if they cant find their way curb these excesses.

Here is a solution to nip this abuse in its bud: Restrict political parties to have at least 2 governors, 3 senators, 6 house of Reps members before they are allowed to present candidates for the Presidential elections. We can’t allow for people to come waste our time and emotions. With just 4 – 5 presidential candidates satisfying this requirement, were good to go.

Likewise, for the governorship, a party should get a minimum number of lawmakers in the state house of assembly, chairman, councilors before they allowed to field candidates for governorship elections.

If they are not ready to work their fingers to the bone, then it’s obvious they are not ready to dirt their hands to lead us out from the abyss of existence, they are just there for the pecuniary benefits. They should go face their respective businesses. This is no child’s play. That’s the only way they can win an election, there’s no magic there.

Conclusion: we cant continue to accept absurdities as norms all in the name of democracy. To apply for a job at a particular level, youre required to present your BSc certificate; how more for the job as the president of a nation?

In same vein, not every employee is allowed to make decisions that affects the entire organization, the Board Of Directors are those with that responsibility and as delicate and serious as the decision of who leads us is, not everyone should be allowed the opportunity to make this decision. 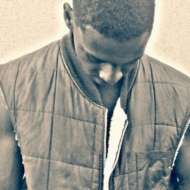