When my ex stamped his foot that I must get an abortion, I gave him an ultimatum, “It is either i keep this baby or i leave this relationship”I told him on the last day we met. Nigga  chose the other, he rather lose me than raise a child. I would be lying if I said I was not confused, heartbroken and put down, but one thing I wasn’t is,indecisive. I was resolute about keeping the baby and I was also certain that my ex was just a fuck boy I did not want, so I left my comfort zone and went into the rain on an uncertain journey, alone.

I fell into depression fast, things had spiraled out of control, I was keeping everything away from my parents and had exiled myself to Abuja under the pretense of a job. I was also having symptoms that were too much to handle, and when I thought of how stupid I was, having sex without protection because a guy said he loved me, hot tears streamed down my cheek. Some days, I gave myself a pep talk and wanted to be happy despite the quagmire i was embroiled in; i would laugh, go to the movies and just have fun,clubbing became my drug,I just did not want to be alone for a minute, to think about the mess I was in. 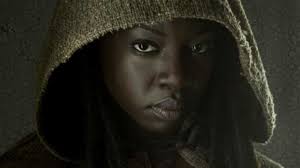 December 2015, I didn’t sleep in my house for one night, i couldn’t stand the deafening silence of the apartment, and my heart telling me that my life was a mess.  So I was either at the Christmas village or at the club, till 2.am ,then I would call my best friend, who is a guy to come pick me up, I would sleep in his place and in the morning I would do the walk of shame to my house. Sometimes, he was gracious enough to drop me off in front of my gate, and other times,he would be so late for work that, I would have no choice but to take a cab home.People thought I was being wayward, they made snide remarks about the girl who never spent the night at home, but what they didn’t know was that, I was fighting depression,anyhow I could.

On the 31st of December, 2015, I tried to join in the spirit of the festivities and be grateful for being alive. So I and my younger sister had gone to make our hair and pamper ourselves in anticipation for the new year, but depression sneaked up on me and I lashed out at my sister for no reason. We were on our way back from the salon when I picked up a quarrel about something so insignificant that I cannot remember it now. We quarreled and I cried. I didn’t mind that we were on the road, I cried because I couldn’t control the sadness and the low feeling. People were looking at me quizzically, they couldn’t understand why a big girl like me was crying on the road. It was a December to remember.

Did you enjoy this piece? Check the CFW Shop for quick downloads and stories.

A fiction writer who finds joy in sharing the stories in her head, with an inquisitive mind that entertains no restrictions. Aside writing, she loves to cook and deign clothes in her head. Her dream is to be a bestseller author and a renowned fashion brand.