The long-awaited longlist for the CFWriterz Freedom Magazine for the Collins Elesiro Prize is ready! The theme for the June 2019 Magazine was adapted from “Sweetness”, a poetry collection by Stefn Sylvester Anyatonwu.

This year’s prize comes with a hundred thousand naira (N100,000) and digital publishing deal with cfwriterz for the top 3 entries. The prize sponsor, Collins Elesiro of Crystalinks Education also funds the Print version of the Magazine launched this year.

The shortlist of 6 top entries will mark the conclusion of the June 2019 prize. This will be announced in the month of July, 2019.

The Judges for the Magazine and Literary Prize Shortlist are as follows;

After a rigorous selection process, 11 of close to 60 entries have been slected for the long list. The selected entries are:

1. Anu Soneye’s Beauty Beneath The Black.

“Tonight, the black shines with many stars
From pots of putrid pasts
are born the beauty beneath black.
More, we taste sweetness
as one, more and more.”

” ‘You’re awake as usual.’
‘Yes.’ I say to Khalid as I compose myself. ‘What do you want?’.
‘Why did you marry my father, Summayah?’
I turn back to my glass and drink slowly. I pour myself another glass and drink slower than the first time. Khalid’s breathing is uneasy and I love it.
‘It’s May.’ “

“When Aunty Oby took me to the pharmacy on that bus, did you feel my pulse race? Did the tyres of the bus tickle you as they ran through your belly? Was it you who whispered those fearful thoughts into my head; that I should not sleep on that bus because sleep and death are sisters? Was it my curiosity, or was it your influence, that made me to sleep eventually, daring death to do its worst?”

“Your own change came with Osaze. You had met him online, on Facebook. It started with a “hi”. He hadn’t made too much effort. But you had responded days later which spurred him on. And then “hi” graduated to “hi beautiful”. You led him on, but you told yourself that it was not because you were desperate, it was not because you were 32 and that even your body had begun to experience change. Your breasts were no longer firm and upright as they used to be, your relatives were prying upon you for marriage. But you needed to explore things first. To savor the moment of being amorously entangled with someone without putting a ring on it.”

5. Nneoma Mbalewe’s You Do Not Know When You Are Gone.

“Her friend says something funny and she laughs. Your heart skips a beat. Her laughter is light and soft like a warm breeze.
She reminds you of Busola. Your fingers turn into a fist and your smirk turns to a scowl. How dare she? How dare she remind you of someone so pure and unique?”

6. Ugochukwu Nwafor’s The Night She Saw The Sun.

“You really thought it had vanished whereas it was collected in a rather potent space. A most fertile ground. Again, you never would’ve thought that the dark fluid possesses life like you and that it could give birth.”

“Celestial eyes are watching, ancient ears are listening.
Grey spirits are assembling garbed in history’s sole entreaty
Let the bare feet of men tap against the face of the earth again.
And by their sweats of dignity, let the earth be moistened again.”

“Difference is a ubiquity. If everyone were similar, the world would be boring. Where there is no light at the end of a tunnel, there is an opening, an opening of escape, an opening of solutions. Live and make life what you want it to become. Live for the scintillating inspiration of you being a survivor. Live, and you’ll make others live too.”

“His relaxed composure collapsed under the weight of the angry stare which followed. He began to scratch his head as his chubby frame shifted from one corner of the chair to the other. His soul, it seemed, felt devoured under the intensity of the gaze.”

“Could we turn ninety one day; and, surrounded by children and grandchildren, with our bodies creaking from the ailments of age, could we say we had lived full lives? In this fullness of life, no one would ever know that we had died so long ago. Could we keep ourselves alive?”

“This sweetness you do give me
when my eyes rush into yours
to mold a ball of one sweet sight
has made you my eye candy.”

All authors featured in the long list and the shortlist winners will be contacted via emails. 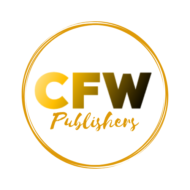 A Conversation with Samuel A. Adeyemi: An Interview

Erhu Kome Yellow, Author of Dawsk in an Exclusive Interview!