One thing cfwriterz must publicly acknowledge that we failed at is the December cfwriterz magazine.

We had to cancel the December prize. The Freedom Magazine and the COllins Elsesiro Prize will still continue in 2020. This cancellation does not mean our prize or platform was cancelled.

What Really Happened to the Dec 2019 Prize?

We had every good intention. We spoke to our previous judges, we approached new ones. All the way from Uganda, Harriet Anena, despite her ongoing efforts to go to Columbia for a writing program, agreed to judge in December.

Not long after Gloria Mwaniga from Kenya, who is also one of the recent Miles Morland fellows accepted our invitation to judge.

Michael Tolulope Emmanuel who was the in-house judge continued to work hand in hand with the judges including Jide Badmus and Karo Oforofuo. He also coordinated the editors in-house to read through about 100 entries.

So, looking back, from the success of our June Magazine that has had close to 700 downloads, to the cancellation of the December prize, we think we owe it to the writing community to make this note.

Notable Challenges for the Prize Selection

A few things bothered us about how writers respond to writing magazines like ours.

First, a lot of writers do not participate in writing contest for ego sakes.

Some say that they rather want some magazine to select them without any effort on their part. Sure, that is possible. However, since most magazines are limited in their team capacity and scope, it would make no logical sense for them to go scouring the earth looking for you.

This is where the place of networks, social votes, nominations and so on, come to play.

If judges are selecting blindly, there has to be a preliminary stage where people are either nominated, selected or voted.

Again, you cannot judge stories that are not told.

A lot of our previous winners receive emails asking them to promote the magazines. This would have not only helped them reach more readers but would also have helped us find more writers who are writing great stories for our next magazines.

“You cannot judge stories that are not told.”

Yet, it was sad to note that only a few responded to such requests.

This brings to question the whole purpose of writing anthologies, contests, and awards. What motivates writers to participate in them asides for the money?

Do writers understand the importance of readership? Do we believe that having readers is more important than the validation of a few judges who are our peers as well?

Thirdly, why do we have judges and editors?
While in Kenya, I spoke with the Writers Guild Kenya about the role of editors and judges in prizes like these. Particularly, we must not forget that these people are also our peers. Their job is not to sit up high there and play God, cancelling out a writer as bad and the other as good.

The job of an anthology most importantly is to promote a crop of stories to a larger audience than writers can summon on their own. To achieve this, judges and editors can work hand in hand to select works that represent some value they wish to promote.

Now, everyone is a stakeholder in this intricate process. The judges and editors are typically writers who have given value to their readers and would be in a good position to select great stories. The selected stories are writers that share some capacity and a love for stories.

In promoting our contest, we sent out emails and requests for literary magazines, past writers and those in our network to share. Yet, we had so many late entries, we also had only a few web publications to that effect.

“The job of an anthology most importantly is to promote a crop of stories to a larger audience than writers can summon on their own.”

Either other literary platforms ignored the information or were not interested in collaborating, or they missed those emails.

These were however, areas we noticed that things fell apart.

We got several entries, close to a hundred. However, the editors and judges found the quality of entries left much to be desired.

We have promoted our magazines for over 5 editions now and each edition has had a lot of great results accompanying it. We have had our winners go on to win other prizes.

This is why we concluded that it would be a disservice to our work as curators of emerging African stories, to publish a magazine we didn’t think was quality enough to represent that market.

Now, we are not exonerating the team in any way. We also had our challenges. The commitment was ebbing low due to a lot of factors. Anyone heading a team of volunteers would bear witness that there’s only so much motivational speeches can go.

The team was discouraged a lot of times because we only got someone sponsoring the prizes but our contributions to make sure the literary magazine is produced and promoted are hardly rewarded. Yet, that indeed is the spirit of volunteering.

We became both a working team and a nonprofit. So most times we supplemented our volunteer roles with actual service delivery. We worked as a team to provide digital publishing services to those who reached out for our services.

It’s important to note, that we as editorial team members are motivated by the spark in our community, by feedback, by the support and most importantly by finance.

Don’t hesitate to reach out in these forms.

In order to continue growing as a team, we will be having an annual meeting soon to reevaluate our strategy and improve on them. One of such changes that might come is that we would no longer provide themes for our magazines. We discovered this might have contributed to the confusion of those who participated.

We take responsibility for this and are going to announce a consensus in due time.

Our website is still open for submissions and we know that our role as one of Africa’s fast-growing digital literary magazine is important.

However, the writing community has to come to a place where we elevate our own work. You win a prize, promote it. Do you have a story published? Don’t stop at sharing it once for accolades. Those platforms are provided by writers like you, and there’s strength in numbers.

It’s our hope that as we enter a new year on the cfwriterz team, that we would get bigger support than we have so far. We truly hope that our efforts to promote others would not leave us drained and discouraged.

It’s on this note that we want to thank all our sponsors in the time past and present. Sobca Online by Sam Obafemi, Designed Life by Vivian Okojie, Crystallinks Education by Collins Elesiro.

With the help of these sponsors, we have supported several writers with cash prizes of up to 600,000 naira or more in the past 3 years. We have promoted our magazine and writers to reach more than 70,000 hits and downloads.

We hope to see more businesses collaborating with us in 2020. Our plans are huge, our resources are limited but our faith is large. 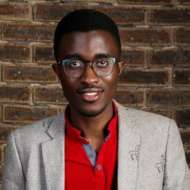 PORTRAIT OF MY BODY AS A BOOK