The gods are deaf

On a usual day, when you get to the village of Umuchu, there is a maze with a nexus connecting the dirt roads and here, it is easy to lose your way. The path in proximity to where there is a cluster of market women of all grades— prating, haggling, buying and selling— its baseline is the beginning of your journey to the kingdom of Awada. However, today is the day you let the blaring sounds of ageless tradition booming from the confines of Awada lead the way. You need only to go where the music is louder and in no time, you will arrive the village square where the fearless masquerade of Awada receives his final farewell.

In Awada, they do not mourn the passage of a king, rather they chant songs of glory and bon voyage…then they merry. They fervently believe in the powers that decreed what was, commands what is and what will be. The passing of a king heralds his journey to a purgatory where he is cleansed and disencumbered of the weight of his traditional stool, before he finally finds eternal peace with his ancestors. A great expedition for him and in all simplicity, the awakening of a new dawn for his people.

In the middle of the village square, the pudgy late king lays inanimate in a casket, donning his costume of office. Even in death he is as beautiful, and you may expect that he will answer if you call out. Before the king’s body is lowered to waste away with mother earth, the gods through their mouthpiece, will pinpoint a worthy heir from the male offsprings of the departed king with their mothers as proxies. The chosen casts the first earth into his father’s grave and the last after he is buried. A pantomime of his last adieu to his father before his subjects and before the omnipresent eyes of their omnipotent gods.

All the people encircle their gallant masquerade, the sucklings come embracing the backs of their mothers and even the birds perch on the palm trees humming their own goodbyes. The village elders are sitting with the late king’s four wives behind them, under the shade made from bamboo. The four sons are sitting directly behind their mothers. The wives are tense and emotionally ambivalent unlike the rest of the giddy herd. They are somewhat proud that the gods present each of them the opportunity to produce the next king, and they are melancholy because whichever of them the gods chooses her son will not witness his reign. She will join her husband in the great beyond after eight market days.

A dead silence falls at the distant jingling sounds from the staff of the chief priest. The people create a pathway between them, waiting for him to pass through. The elders, the sons and their mothers rise to their feet in reverence. He comes through half-clad, accompanied by a young boy carrying a bag made of animal skin and a flaming clay pot. Only a red scarf covers their lower bodies. They are mincing through the pathway with their backs, the chief priest strikes the earth with his staff every so often. The clattering sounds of the cowries adorning his hair, the tinkles from the Ojis hugging his staff and his effusive songs of adulation to the gods, saturates the environs as he makes to take his place in front of the casket.

The sounds from drums, gongs, flutes and harps resume once again. They harmonize, creating a soft and danceable cadence of tradition. The elders and the sons are drinking copiously. The wives are wriggling softly to the music even as they sit. The villagers: some of them are balling, some are beaming and chattering excitedly, the children swirl around twittering, the youths are mirthful, playing a game of fists. An alluring reflection of a people gathered in oneness; all entangled, tapping from the bundle of joy the day brings, and sharing in the unflinching faith that the gods in all their wisdom, will cherry-pick a bold and magnanimous ruler once again.

The late king’s last wife is the youngest and the more beautiful of the bunch. Unlike the other wives, she is already at the edge of her seat, tapping her foot, moving briskly to the catchy tune and contemplating whether to give in to the brashness of youth. She doesn’t see the point in dulling this vivacious moment with the thoughts of death. There is still ample time to worry if ever, it comes to that. Since there is equal chance the gods may choose her, she may as well have her last dance before her people. She springs to her feet with a little too much gusto, prompting her headgear to drop soiling in the earth. Since they are barred from the services of the maids, accrued by an inclination to appear before the gods at their humblest, she picks it herself and storms off to her shack.

As she strides back to her position, the chief priest had already summoned the other wives. They are queued up beside their husband. She increases her stride to cover the distance. As she comes into view, she gasps at the Invasion of a not-so-distant memory. No one is allowed to look in a mirror or see a reflection of themselves before the ceremony as she had just done. Nonetheless, she joins the queue hoping that the gods look upon her and the entire village with compassion and forgive her little mishap.

After a lengthy abracadabra, the spiritualist springs upright and gyrates thrice around the casket. He strikes the earth three times with his staff of office, and like ripples blown by a soft wind across an open sea, silence envelopes the village square. Every soul pauses with breaths bated, waiting on the gods for the spring of a new age. 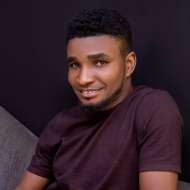 Friend zone and unrequited Love, When you think its voodoo.